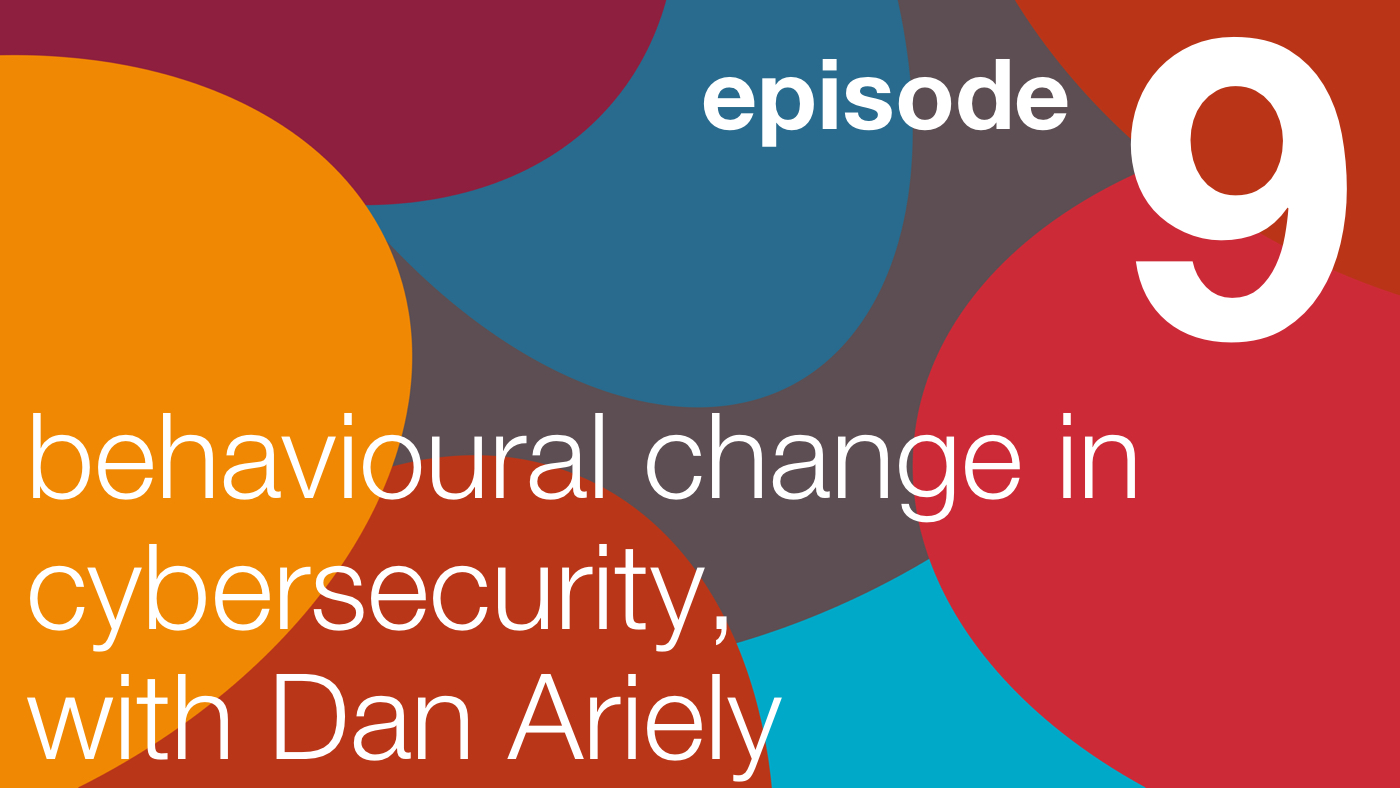 Understanding behavioural change is a crucial aspect of better understanding the human factor. If we hope to influence behaviour then we need to better understand human behaviours, decision-making and motivations. The leading expert in this today is Dan Ariely and we are thrilled to have him as a guest on the podcast. Behavioural change is a large part of the work we have to do when it comes to improving security outcomes, and the work by leading thinkers such as Dan is really helping to pave the way.

Dan Ariely was recently voted as the second most influential psychologist in the world. He is a professor of psychology and behavioural economics at Duke University and a founding member of the Center for Advanced Hindsight. He is the author of the bestsellers Predictably Irrational, The Upside of Irrationality, and The Honest Truth About Dishonesty – as well as the TED Book Payoff: The Hidden Logic that Shapes Our Motivations. Through his research and his (often amusing and unorthodox) experiments, he questions the forces that influence human behavior and the irrational ways in which we often all behave.

In this episode, Dan Ariely joins Bruce Hallas to discuss behavioural economics and its role in better organising operating environments and how we can use this in the cybersecurity industry. Dan’s speciality is in the study of behavioural economics with a focus on communicating his findings in a language anyone can understand so this makes him an ideal guest for the podcast.

‘[His] immersive introduction to irrationality took place many years ago while [he] was overcoming injuries sustained in an explosion. The range of treatments in the burn department, and particularly the daily “bath” made [him] face a variety of irrational behaviours that were immensely painful and persistent. Upon leaving the hospital, [he] wanted to understand how to better deliver painful and unavoidable treatments to patients, so [he] began conducting research in this area.

[He] became engrossed with the idea that we repeatedly and predictably make the wrong decisions in many aspects of our lives and that research could help change some of these patterns.’ [1]

Join Dan Ariely and Bruce Hallas as they discuss:

“One of the biggest challenges is to get people to admit we are fallible.”

Here is one of Dan’s famous TED talks on decision-making.